In memoriam of Cesare Rossi 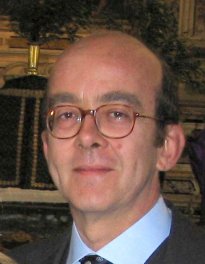 One of the most active and prominent members of IFToMM, as well as Chair of IFToMM Italy, died on March 10th, 2017 in Naples, Italy.

His scientific interests were manifold: from tribology to rotordynamics, from the dynamic analysis of mechanical systems to the functional design of robotic manipulators. Among all, his favorite research topics was the study and functional reconstruction of machines and mechanisms of historical interest: the fruit of his research activity in this field, to which he devoted many years of his life, are contained in the book “Ancient Engineers’ Inventions” (2009) in the Springer bookseries on History of MMS.

Cesare Rossi was very active at any level. At his University of Naples “Federico II” he was a committed and popular professor, holding his lectures with great commitment toward the students, and was involved in several committees. At the national level he had been serving for many years as a member of the Executive Council of the “GMA”, the council of the Italian professors and researchers of Mechanics Applied to Machines. Since 2014 he was the Chair of IFToMM Italy, the Italian section of IFToMM. under his leadership the activity of IFToMM Italy has been reinvigorated with a clear society structure and through several initiatives, among which the start of the biennial MO conference IFIT. At the international level, he was a very active in several communities and prominent member of IFToMM, promoting many activities and events, within the Technical Committee on Robotics and Mechatronics and especially in the Permanent Commission for the History of Mechanism and Machine Science.

Besides engineering matters, he had a natural curiosity towards many different topics, from philosophy to religion, from geopolitics to history. His deep culture, intelligence, elegance, humanity and richness of interests profoundly struck any person who had the good luck to meet him and talk with him.

His death leaves a painful gap in colleagues, students, companions and friends.

In memoriam of Alberto Rovetta 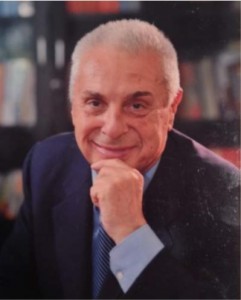 We were shocked by the sudden death of Alberto, a great enthusiastic IFToMMist since the early days of IFToMM, happened on Wednesday 25 November 2020 at his home.

Prof Alberto Rovetta has been a great IFToMMist of a polyhedric activity and figure with a dynamic (volcanic) attitude in his ideas and proposals. He has been a very prolific MMS scientist with a great reputation worldwide not only within the IFTOMM community.

He was born in Brescia on 19 June 1940 and he worked out a brilliant academic career at Politecnico di Milano. He started his research activity under the guidance of Prof Giovanni Bianchi, co-founder of IFToMM and former IFToMM president, and got the full professor position for Mechanics of Machinery in 1980. Since then he gave courses on Mechanics of Robots, and many other courses in the domain of Mechanics of Systems with special attention to robots, also abroad in several periods along his career all around the world.

Prof Alberto Rovetta worked positions in several international bodies (IEEE, IFAC, ASME, NASA, NATO, UNESCO and Academies) and mainly in IFToMM for which he was member of IFToMM Executive Council and chair of the TC Micromachines, beside being member in several TCs and PCs also with an initiator activity and continuous participation. He has been member of scientific committees for international conferences and journals as result of his reputation of an intense scientific activity that is documents by more than 400 papers, over 20 books (for teaching and with research results), and several patents. He has contributed to many international projects in different topics, beside Robotics, like in Biomedical devices, Space systems, tele-surgery, Cultural Heritage, and history of engineering and technology. He has been promoter and organizer of events for scientific dissemination and promotion, among which it is to note the 1995 IFToMM world Congress that was held very successfully in Milan. His achievements range from pioneering robot designs like a very first wrapping tendon-driven hand through medical devices like innovative limb prothesis to discovering the ancient machine technologies like in the bearing design in the Tutankhamen chariot. He has been awarded with several honors by local, national and international institution, among which it may heighted the IFToMM Award of Merit in 2010.

Prof Alberto Rovetta has been a prestigious figure, who has been admired and to be taken as inspiration, also for his unique attitude to combine friendships and rigorous scientific activity in working out the true spirit of IFToMM for collaboration, sharing, and improving the technology for the benefit of the society in the welfare of human beings. He is survived by his wife Anna, daughter Chiara, and son Francesco.

We all shall miss his volcanic presence but never lasting memory of him.